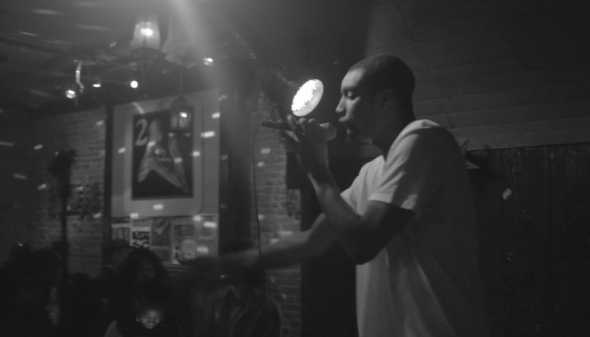 sB! would like to present artist, producer, and engineer: Kenny Sullivan. The Philadelphia native has been creating a strong buzz for himself and with the release of his new self-titled mixtape, KENNY, it’s just what he needed to take his music to the next level. Apart of Parkhouse Studios in Philadelphia, Kenny is one of many great underground artists that are emerging and on the rise. His mixtape is available for streaming and download below. Also check out the recap video from the official mixtape release party for KENNY at Kung-Fu Necktie along with his interview from DMV’s own PatIsDope, both after the jump. Keep in touch with Kenny on twitter @Prkhs_kenny and on Instagram & Facebook @parkhousekenny.

This entry was posted on April 6, 2014 by Joey. It was filed under Music, spoiledBROKE! and was tagged with hip hop, kenny, kenny sullivan, new, philadelphia, philly, rap, rapper, underground.