Daily Paper hits us with their lookbook for the upcoming season. The Amsterdam fashion brand comes with a good variety of pieces including sweaters, jackets and button ups. With the founder being of Dutch and African heritage, the collection utilizes clean prints and details deriving from the cultures. Peep the whole lookbook below and purchase from the brand website here.

END_OF_DOCUMENT_TOKEN_TO_BE_REPLACED

adidas continues to develop the ZX Flux collection with the release of a new winterized silhouette. Dubbed “Core Black” the style is a fusion of the original sneaker and a boot-like shelling, neoprene sock interior, terrain ready outsole and improved lace up. These kick are sure to get you through any winter elements with style. The price tag isn’t too bad either starting at $165.00 USD.

With his debut album releasing October 16th, Raury drops a video for his single, ‘Friends’. This song and video have powerful messages needed today. The video documents Raury and his friends journey from Atlanta to Chicago; getting there from various fans via twitter. Watch fans become friends in the video below and be sure to pre-order All We Need on iTunes now.

Another highly anticipated drop from Jay Rock‘s new album, 90059. Black Hippy is featured and we see Jay doing some experimenting with his vocals. Stream the track below and make sure to cop up the new album, available now in stores and iTunes.

DC artist, Wale, delivers a tribute to all the Spoiled woman out there.

‘I do this forreal, you do this a lil’. You know I come through, my laptop got that Hulu, run through your hula-hoop no netflix & chill.”

If you’re a fan of landscape photography, you’re going to be infatuated with the new lookbook from Raised by Wolves. Aside from the aesthetics, the 2015 Fall/Winter collection has some nice wearable wool flannels, beanies, hoodies and more. Take a look for yourself after the jump.

END_OF_DOCUMENT_TOKEN_TO_BE_REPLACED

Cali is active once again. Today, we have Real Deal P aka Polyester the Saint hitting us with some smooth visuals alongside Krondon for the track ‘Rewards’. The video has a real cool player feel to it with some dope lighting effects and, of course cars. The track is off his newly released mixtape Can’t Be Faded. Peep the video above and stream the tape after the jump.

END_OF_DOCUMENT_TOKEN_TO_BE_REPLACED

Hot 97‘s own, Peter Rosenburg, sits down with Chicago MC, Mick Jenkins, to discuss his tour, pictures, his favorite rapper and artist (who are not the same person). Check out the video above and be on the lookout for tour and his debut album THC “The Healing Component”.

Streetwear iconic brand, 10.Deep has released their first lookbook for the 2015 Fall/Winter season titled ‘Chaos Theory’. Known for their progressive streetwear looks and pieces, the brand has made an ode to workwear this time around. The brand has once again pushed the boundaries of streetwear, and the collection looks to be one of the more cohesively themed collection this season this far. Take a look at the entire collection after the jump.

END_OF_DOCUMENT_TOKEN_TO_BE_REPLACED

Today, emerging MC Post Malone drops a dope remix of 50 Cent‘s classic hit ‘Window Shopper’. After all the recent buzz and criticisms from his recent interviews, being labeled an “industry plant”, Post is defiantly venting some frustration on this one. Stream #mood below. 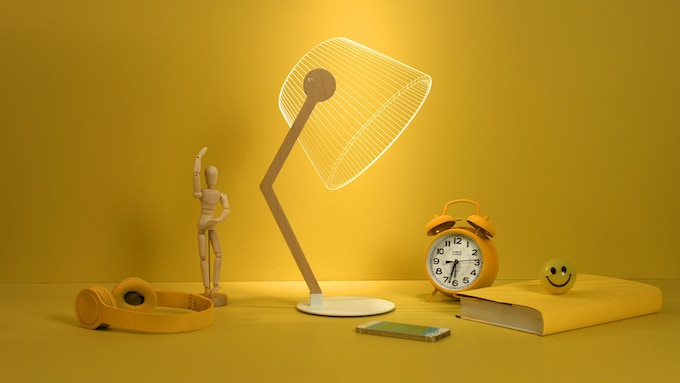 Step into the future with these 3D illusions lamps by Studio Cheha. These trippy lights are made of a 2D acrylic sheets and produce the image of a 3D lamp with LED lights. The lamps are small enough to fit in small spaces and bright enough for reading and include dimmers to create the perfect atmosphere.

Check out their Kickstarter campaign here. 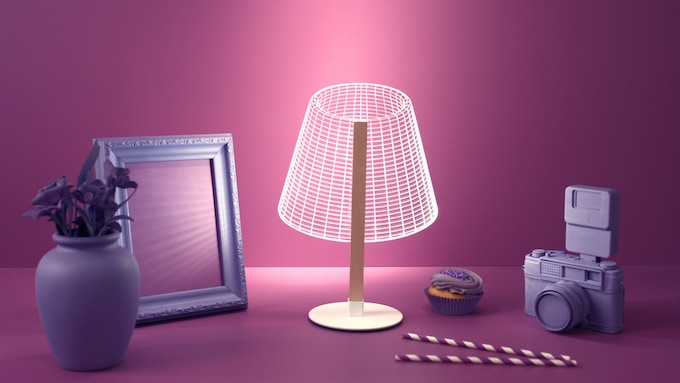 END_OF_DOCUMENT_TOKEN_TO_BE_REPLACED

Wiz Khalifa addresses social media gossip, celebrity and his love-hate relationship with on his new track ‘No Social Media’. An issue that has been very relevant as of recent. This Snoop Dogg-assisted track is a sure sign of Wiz’s new style. Stream the track below:

The good people at JOYRICH have hit us with their latest collection titled ‘YOUTHQUAKE’. The brand takes an interesting 90’s direction with the use of bright colors and prints along with some graphic elements. It feels tastefully reminiscent of the “fit styles” that 90’s kids grew up on with modern streetwear look. Peep the entire collection below and head to JOYRICH online shop to make the purchase.

END_OF_DOCUMENT_TOKEN_TO_BE_REPLACED

Artist and Entrepreneur, Odessa Buggs, has release a new piece in honor of drake latest hit Hotline Bling. The work is more than a funny meme. The Bay Area designer has made it available for free as an phone background via her website. Unfortunately for you Android users, the background is only compatible for iPhone 6 and 6+. Check out the rest of Odessa’s products and art below and make a purchase at missodessa.com

END_OF_DOCUMENT_TOKEN_TO_BE_REPLACED

After a teasing studio time with various artists recently, Pittsburgh native, Wiz Khalifa hits us with a new track Burn Slow. This Rae Sremmurd featured jam is hopefully a sign if new music from Wiz. Stream below and let us know how you feel about the smoke jam.

VIDEO: Future – Blood On The Money

Atlanta rapper, Future, drops visuals for the Metro Boomin, Cassius Jay, Zaytoven produced track ‘Blood On The Money’ from his latest album, Dirty Sprite 2. Directed by The Rite Brothers, take a look below:

Rick Rock hits us with the stream of his recently announced 8th studio album, Black Dollar. This 17-track project has production courtesy of D. Rich, Jake One and J.U.S.T.I.C.E. League as well as features from fellow MMG members, Future, The-Dream, Anthony Hamilton and more. Stream the album in its entirety below and let us know what you think of the Boss’ latest work.

Streetwear brand, XLARGE, teams up with the legendary Japanese animated series, Dragon Ball Z, to create capsule collection that features a slew of graphic tee that showcases the franchise’s early sagas of Gohan as the Great Ape along with the one and only Frieza. Check out the full collection after the jump and purchase the collection at XLARGE stores and select retailers.

END_OF_DOCUMENT_TOKEN_TO_BE_REPLACED

The collective Two-9 drops some new visuals for ‘Rolling’ off their latest project #AugustTwo9. The track and video definitely have a cruise vibe to it, with Jace, LightskinMac11, and Ceej spitting (while getting Krispy Kreme) over a CurtIs WIllIams instrumental. Peep the video below and stream the entire #AugustTw09 EP after the jump.

END_OF_DOCUMENT_TOKEN_TO_BE_REPLACED

To Celebrate the 10 year anniversary of Alexander Wang. The nationally recognized designer has teamed up with Do Something, an organization dedicated to helping youth promote social change through their platform, to create a collection of hoodies and t-shirts. To promote the campaign, Mr. Wang has sought out some 38 celebrities from all walks of stardom to help in the promotion. Head over to Alexanderwang.com to see the collection and the 10 pieces chosen by fans he has brought back from the archives. Check out the campaign after the jump.

END_OF_DOCUMENT_TOKEN_TO_BE_REPLACED

Jay IDK is an up-and-coming MC and has released his debut project titled SubTRAP. The project isn’t what you may think it is. Throughout the project, Jay delves between jazzy production and more aggressive lyricism and vice versa. After listening to the entire tape, you can definitely feel that there is more to the DMV native than money, drugs, girls, and more girls. Jay speaks of him being in & out of jail for years and using the personalities and stories from those he encounters to rap in varying perspectives of right and wrong. Stream SubTrap below and let us know what you think.

Mobile phone customization has taken a step beyond juts your phone itself with the new phone case modular company Nexpaq. This clever gadget is a multi-functional case that sextuples as a loudspeaker, laser pointer, LED light, flash drive, and more. Purchase the case and download the app to utilize the functions of up to 6 unique tools at a time. Compatible with iPhone and Android software and starting at only $65, the Nexpaq will change the way you interact with your phone. Check out how it works along with a list of the 11 available modules below.

END_OF_DOCUMENT_TOKEN_TO_BE_REPLACED

Hailing from the minds of Creative Recreation founder Rich Cofinco and designer Nate Harvey, ASIF is a futuristic footwear company with the mission of presenting the styles of tomorrow, today. The brand has a roster of 3 silhouettes a ‘Druev Hi’, ‘Sayer Hi’ and the ‘IO Trainer’ (with a “unibody construction”). The style is a merge of sneakers aesthetics with high-end details and materials. Notice all styles have a mesh inner for added comfort and support. Check out the collection after the jump.