Nike is releasing the Black Version with a Gum sole of the SF AF1 next week, January 19th. Get a closer look of the sneaker, retailing at $165.

END_OF_DOCUMENT_TOKEN_TO_BE_REPLACED

Nearly a year after it’s premiere, Nike is re-releasing the Air Jordan 1 “New York” and “Los Angeles” colorways. Priced at $160, the sneaker is now available for purchase at select Jordan Brand stores. Check out more photos for a better look.

END_OF_DOCUMENT_TOKEN_TO_BE_REPLACED

Nike released all white colorway for the Free Inneva Tech sneaker. The “White/White” colorway is accented perfectly with gold on the tongue as well as the insole. Dropping January 15th, the nylon woven sneaker will be available for purchase at Nike’s online shop and select NikeLab stores. See more photos inside… END_OF_DOCUMENT_TOKEN_TO_BE_REPLACED

Nike Sportswear drops a Women’s Air Max Thea sneaker in the “All White” colorway. The sneaker contains a full white mesh upper base layer with a cushioned heel. This the perfect Christmas gift for that special lady. Head over to Nike’s online shop to purchase, sizes are selling out already.

The latest edition of the Nike Kobe 9 High KRM EXT has been revealed as the “Red Mamba”. The upper outer material is red snakeskin leather paired with the black rubber midsoles. The high top extension on the heel and collar’s snake-inspired pattern and tonal stitching embodies a “serpent-like appearance” as the overall shoe is made to resemble the attitude of the venomous Red Viper. Check out Nike Sportswear stores and online shop when the Red Mambas release, December 19th.

Nike has been taking a lot of losses as of recently as adidas has steadily continued to grow. Kanye West openly dissed and left Nike for adidas more recently and almost lost Kevin Durant to Under Armour. adidas has many people under them including: Rita Ora, Big Sean, Jeremy Scott, Derrick Rose, Pharrell, Nigo and more. Now Nike’s top 3 designers,Marc Dolce, Mark Mine and Denis Dekovic, has decided to ditch the “swoosh” for “three stripes”. Check out the adidas statement on their new trio addition:

Adidas today announced a new creative studio coming to Brooklyn in New York in 2015 that will drive design direction for the brand and elevate the company’s direct interaction with consumers. The global studio will serve as a cultural contact point in the most influential city in the U.S., connecting the brand closely with sports and street culture.

The Brooklyn Creative Studio will be a small but essential operation aimed at exploring design direction for the brand. This facility will be an open source creative center allowing us to connect and collaborate with consumers in a way we’ve never done before,” said Paul Gaudio, adidas global creative director.

END_OF_DOCUMENT_TOKEN_TO_BE_REPLACED

Celebrating the 45th anniversary of Neil Armstrong’s historic trip to the moon, Nike is releasing a special “Moon Landing” edition of the Air Max Lunar90. Made with a Lunarlon midsole and Nike Air heel unit, the limited edition sneaker features an all-over 3M moon print accompanied by a speckled midsole. The right heel cup logo is covered in red and white stripes while the left logo is covered in blue and white star print. The Air Max Lunar90 SP “Moon Landing” will be available July 20 for $145 USD.

END_OF_DOCUMENT_TOKEN_TO_BE_REPLACED

Nike releases a “Volt” colorway of their Free Mercurial Superfly HTM sneaker for the 2014 Spring/Summer season. The design is combined with Mercurial Superfly’s Dynamic Fit and Flyknit construction with the flexibility of the new Nike Free 5.0’s flexible running sole. Available for purchase now.
END_OF_DOCUMENT_TOKEN_TO_BE_REPLACED

Parisian brand, Pigalle, links with Nike to produce a collaborative version of the Air Raid sneaker. The sneakers come in two monochromatic colorways: white and fuchsia. The basketball shoe features a “For Outdoor Use Only” message on the heel for a unique touch. Check out the fuchsia colorway after the jump.

END_OF_DOCUMENT_TOKEN_TO_BE_REPLACED

Kobe 9 Elite Low is has arrived in the “Beethoven” colorway, which is a great salt and pepper combination with the Flyknit detailing in the upper body and an oreo colored rubber sole. The performance sneaker includes some of Nike’s high-power technology as well. Be sure to cop when it releases June 16th.

Supreme and Nike come together to create this collaborative collection based off of Nike’s Air Foamposite One sneaker. Based off two colorways (red/black), the collection features jerseys, shorts and the Foampoiste sneakers that contain the royal gold printed pattern. The collection will be made available online and in Nike and Supreme flagship stores by the end of April.

END_OF_DOCUMENT_TOKEN_TO_BE_REPLACED

Pendelton and Nike iD create a collaborative sneaker collection. Using Pendelton’s tribal pattern and yarn/quilted material on some of Nike’s signature shoes, such as Blazers, it creates the perfect blend of trendy and sporty. Check out more up close shots of the sneakers below and after the break.

END_OF_DOCUMENT_TOKEN_TO_BE_REPLACED 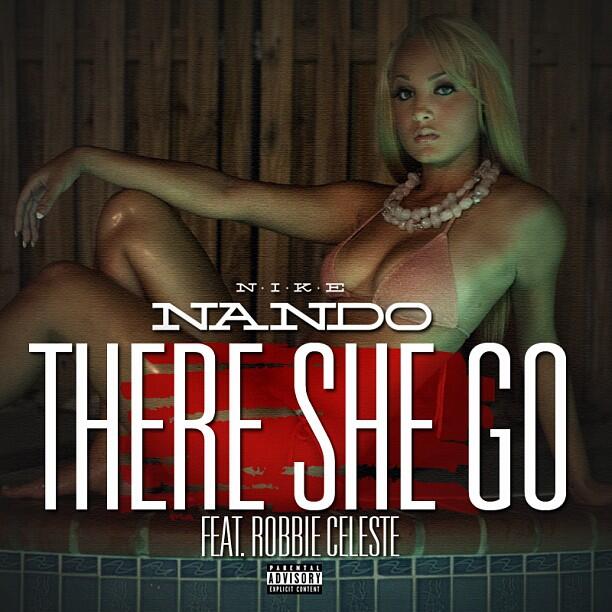 Never thought you’d hear a line-up in a video with those names, huh? Neither did we. However, NIKE thought of a cool way to combine these Kings of the court, of music, and of movies, into a single video about Kobe Bryant a.k.a “The Black Mamba.” The “movie” is set to drop February 19th so keep an eye out for it on the NIKE website. Until then, enjoy the trailer!

Check out the trailer inside…