Lupe Fiasco gives fans the freestyle “ANKH:HER”, covering Michael Christmas’ and the Rich Kidd produced track, “Everything Burrito”. The Chicago MC took to twitter earlier this week to reveal that he will be releasing a new album called, DROGAS Wave. Stay tuned…

Chicago’s finest, Chance The Rapper and Jeremih, come together this Holiday season to bless fans with this ‘Merry Christmas Lil’ Mama’ mixtape. Composed of 9 solid tracks, it’s the perfect refreshing sound to add to your Holiday playlist as the 25th approaches.

Rocksmith presents Futures video for his hit song ‘Real Sisters‘ off of his ‘Beastmode‘ mixtape. Directed by Spike Jordan.

The 19-year-old Atlanta singer-songwriter and XXL freshmen Raury lends visuals to his single ‘Devils Whisper‘, and shows us his creativity.


Terry Goodwin better known as LB is an upcoming rap artist born and raised in Washington DC. At the age of 12 LB realized he wanted to gear his talents towards music.  LB wanted to express his self in way where he would be heard and understood. Inspired by artist such as Notorious BIG, 2Pac,Kendrick Lamar, SchoolBoy Q and Common all influence the style of music in which path he chooses to further his career in. Composing his thoughts and perceptions on life through his music, LB is an artist from the ground up. Sharing his past struggles and obstacles he has faced throughout life, he hopes to pass on an ongoing positive energy & uplifting message through his music. Twitter: @Its_LB13

Following the live debut of “Antidote” in Dallas last night, Travi$ Scott teased fans with a tweet which promised the release of its studio version. He dropped the track through his SoundCloud page.

Back with his fifth studio album, Curren$y excites fans with the release of Pilot Talk III. The New Orleans rapper composed a limited edition album package full of JetLife goodies that can be purchased at jetlifeapparel.com. The 15-track LP featuring artists including: Wiz Khalifa, Riff Raff, Styles P, J. Townsend and Jadakiss. Take a look at the official tracklist below and listen to the album stream via audiomack.

In case you missed it, RiFF RAFF goes all white for his new video for the hit single, “TiP TOE WiNG iN MY JAWWDiNZ”. The Cali turned Texas rapper shows of his shark grill and fur for the official music video. The single is featured on his debut album, NEON iCON, available now. Take a look at the wild video below. Directed by MiCKEY FiNNEGAN & RiFF RAFF.

From the upcoming Shady XV album, Eminem brings all the Detroit rappers together for his new single “Detroit vs. Everybody”. The D-Town line up for featured verses include: Royce Da 5’9″, Big Sean, Danny Brown, Dej Loaf and Trick Trick. Produced by Statik Selektah, this track will be on the double disc Shady Aftermath compilation album which will include the label’s greatest hits along with new songs. Be sure to cop the album when it drops November 24th. 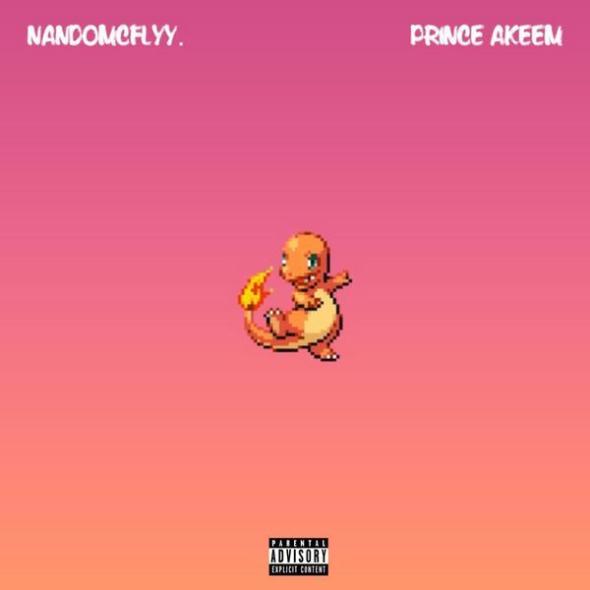 Produced by Beat Billionaire, Fat Trel releases a new track called “Burn”. The DC rapper adds on the head of MMG, Rick Ross, for a featured verse on the song. Listen below:

Bobby Shmurda finally releases his follow up single to “Hot Nigga. Produced by Dondre, “Bobby Bitch” is a great hit that everyone has been anticipating. The Brooklyn rapper is determined to break that one hit wonder curse with this second release. Hopefully he stays out of trouble with the police to continue to make good music for the turn up.

Funkmaster Flex just released a Chris Brown freestyle that remixes French Montana’s “Don’t Panic”, produced by DJ Mustard. Chris Brown is known to dabble in his rapping side. Do you think he pulls it off?

Billboard magazine highlights André Benjamin, better known as André 3000, to reveal that there is no retirement for the rapper turned actor. He is back in full effect and hip-hop heads are elated about the return of the 1/2 of ATL rap duo, Outkast. Currently, Outkast has created #ATLFest that consists of a line up of different artists for three nights and they headline. Although the group has made it clear they won’t be working together in the future on new material, André tells Billboard that he is working on a new solo album, which is good enough for us. He discussed the stress and pressure he felt to give the fans new music despite still having featured verses on artists’ songs since the last Outkast album in 2006. The cover story discusses André’s acting career and new role Jimi Hendricks in the biopic film Jimi: All Is by My Side, in theaters now. Read the entire cover story here and see more photos from the cover shoot… END_OF_DOCUMENT_TOKEN_TO_BE_REPLACED

It was only right that Common bring out G.O.O.D. Music fam and fellow Chicago native, Kanye West, during the Chicago leg of his AAHH! Fest. Yeezy performed “Jesus Walks”, “Touch The Sky”, “All Falls Down”, “Can’t Tell Me Nothing”, “Power” and more. Watch his full featured set… END_OF_DOCUMENT_TOKEN_TO_BE_REPLACED